The Pennsylvania Association of Environmental Professionals (PAEP) Pollution Prevention and Energy Efficiency (P2E2) Roundtable (RT) celebrated their 20th Anniversary (84th meeting) on September 21st at the Tobyhanna Army Depot (TYAD), Monroe County. The first meeting took place at TYAD in 1997. The RT returned to where it all began to thank everyone involved, including our DEP staff, for their years of support! The meeting and tour were also held in celebration of National Pollution Prevention Week!

Presenters included TYAD, General Dynamics and the Eastern Pennsylvania Alliance for Clean Transportation (EP-ACT). TYAD is a RT founding member and co-chair and a leader in the sustainability movement in NE Pennsylvania and has launched several P2E2 projects as a direct result of their involvement with the RT. The Depot has also saved the government money by cutting back on energy consumption.  Their 100,000 square foot green roof alone has cut energy expenses by 30%.  Some of the Depot’s sustainability projects include solar tube lighting, green roof design, daylighting, energy efficient lighting technologies, electric vehicle fleets, solar powered lighting, LEED certified buildings, white roofs, ISO 14000 and process pollution prevention projects.  General Dynamic’s Scranton facility is one of the founding members of the RT and one of the top five energy performers in the world since their implementation of ISO 50001. The meeting also offered EP-ACT’s insight into the support of the Commonwealth’s interest in promoting alternative fuel and electric vehicles. Attendees were able to see alternative fuel vehicles. Dr. Marleen Troy’s Certificate in Sustainability Program at Wilkes University was highlighted as Wilkes is a RT Steering Committee member and many in our organization have participated. Dr. Troy also developed a video of past RT meetings that was played during the event.

Several early supporters of the RT including our Regional Director (RD) were recognized for their vision and cohesive support. The NERO RD was specifically recognized for supporting the regional RT in 2005 when funding sources were discontinued and the RT then joined with PAEP. TYAD was presented with an Appreciation Award for hosting the anniversary event and for their numerous P2E2 projects. The Co-chairs were presented with a tree that will be planted on-site at the TYAD Environmental Department and the thoughtful gift of a forest donated in their names through the American Forest Foundation. The RT has formed a network dedicated to helping each other with environmental issues at their workplaces. They have promoted and advanced energy efficiency and environmental stewardship and have opened their doors and minds to great projects and great accomplishments! The next meeting of the RT is tentatively scheduled for November 16. Congratulations to all members on 20 years of sustainability success! 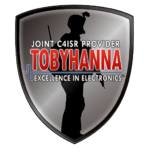