Patrick McDonnell served as the Pennsylvania Department of Environmental Protection Secretary from 2016 until his retirement in July 2022. He has been with DEP since 1998 serving in a variety of capacities over those years. Read more about Secretary McDonnell here. 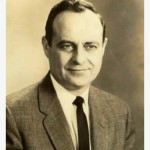 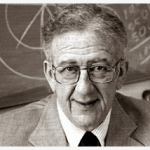 History – Walter Lyon began his professional career as a sanitary engineer at the U.S. Public Health Service in Washington D.C. serving as Assistant Chief of the Planning and Development Branch, Division of Engineering Resources from 1950-1954. He then served for three-years as the Assistant Chief of the Environmental Health Section, Philadelphia Department of Public Health. From 1983 to 2013, Walter went on to teach and consult in the areas of environmental engineering and water policy. For many years, Walter participated in the Pennsylvania Association of Environmental Professionals (PAEP) conferences and special events and generously shared his knowledge and experience. He was a strong advocate for employing highly educated, qualified, and experienced environmental professionals in the public and private sectors and serves as a role model for the environmental professionals of today and tomorrow.

Awards Structure – PAEP is pleased to honor their contributions to environmental professionalism and commemorate the vision of both of these pioneers. The awards are presented to professionals who made a unique and creative contribution to the field of environmental management in Pennsylvania with preference given to the fields of administration, law, regulation and community organization. The Pennsylvania Association of Environmental Professionals (PAEP) is the steward of the Karl Mason and Walter Lyon Awards.

Each year, the Karl Mason Award is presented to meritorious nominees selected by the PAEP Board of Directors. The Walter Lyon Award is selected in the same manner. One nominee will be chosen for the two categories as follows: